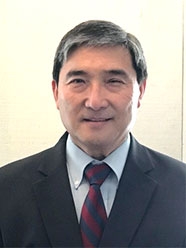 On October 1, 2018 (Japan Time), the government of Japan appointed Mr. Dale Ikeda as Honorary Consul of Japan in Fresno. Mr. Ikeda's appointment has been approved by the U.S. State Department and he has already begun work in his new role.

The contact information of the office of the Honorary Consul of Japan in Fresno is as follows:

Mailing Address: P.O. Box 25801, Fresno, CA 93729
E-mail: daleikeda@att.net
Phone: 559-434-1264
Mr. Ikeda graduated from the University of California, Davis, California in 1976 with a J.D. He began his career as a Deputy City Attorney for the City of Fresno, spent several decades in private practice, and ultimately retired as a Superior Court Judge of the County of Fresno in 2017.

Mr. Ikeda has made major contributions to the community over his career, including by serving as District Governor of the Central California District Council of the Japanese American Citizens League (JACL). He has also contributed to strengthening U.S.-Japan relations at the grassroots level through his active involvement in Fresno-Kochi Sister City Committee, where he also served as Chair for a time.

*An Honorary Consul is a long-distance representative of the Consulate General, usually located where a considerable number of Japanese live and where the Consulate's activities are not routine. It is an honorary position appointed by the Japanese government to protect Japanese citizens, enhance economic interests, and promote Japan-US exchanges in the region. In addition to Mr. Ikeda, Ms. Kathleen Blakely serves as the Honorary Consul General of Japan in Las Vegas, also as a representative of the Consulate General of Japan in San Francisco.