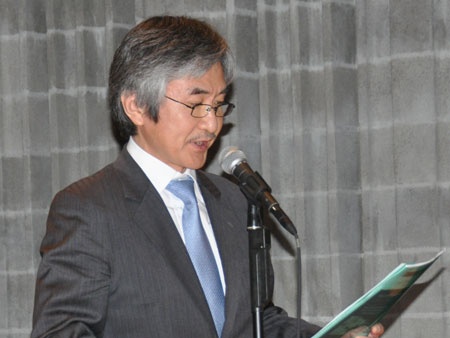 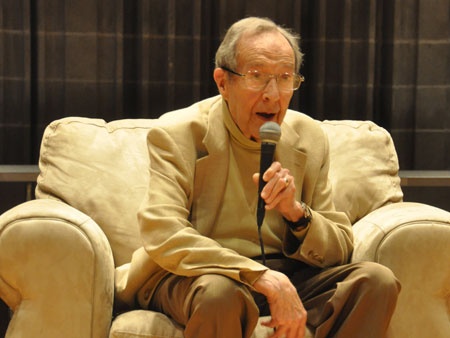 Former Defense Secretary Perry delivers a speech
On Saturday, April 16, Consul General Yamada attended the 2016 Critical Issues Forum (CIF) Student-Teacher Conference, hosted by the James Martin Center for Nonproliferation Studies of Middlebury Institute of International Studies in Monterey. He was able to listen to presentations by high school students from Japan, the USA, and Russia.
Consul General Yamada also read out loud a message from Japanese Foreign Minister Kishida and said, “It is very encouraging to know that you, young people from the US, Russia, and Japan, are participating in spirited discussion on moving toward the realization of ‘a world free of nuclear weapons’ at this year’s conference. ... I am delighted to charge 27 participants of this Forum from the US, Russia, and Japan with the task of being Youth Communicators.”
Several other dignitaries also delivered speeches at the Forum, including former US Secretary of Defense William Perry. 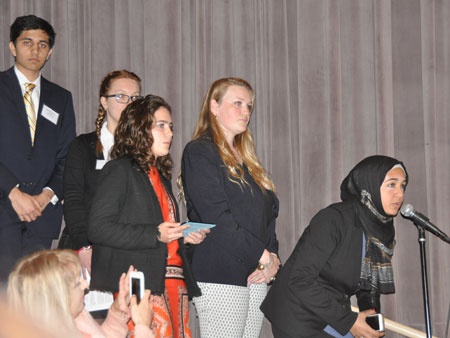 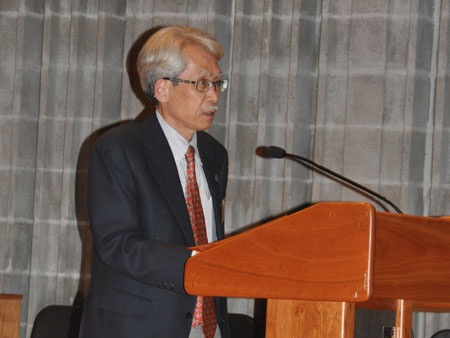