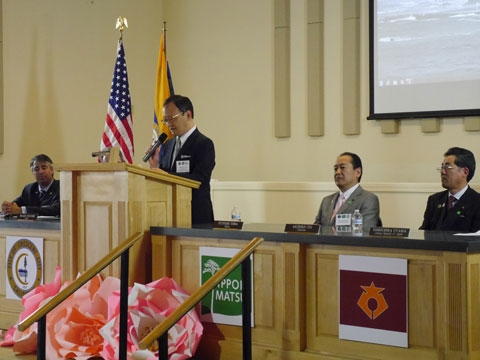 There were many dignitaries in attendance, including Rikuzentakata Mayor Futoshi Toba and City Council Chairman Akihiko Ito leading their delegation, Crescent City Mayor Blake Inscore and other members of the City Council, and Del Norte County Board of Supervisors Chairman Chris Howard along with other County Supervisors. Consul General Uyama delivered remarks to the attendees. Scores of citizens from both countries were present to celebrate the occasion and were able to learn about the current status of Rikuzentakata through pictures and video. 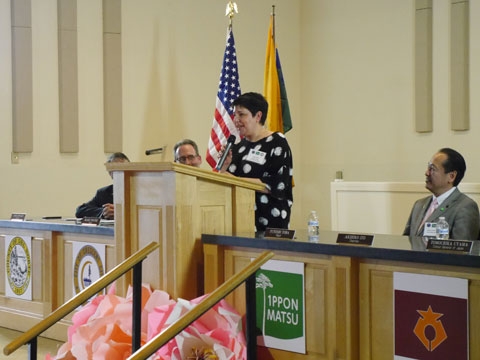 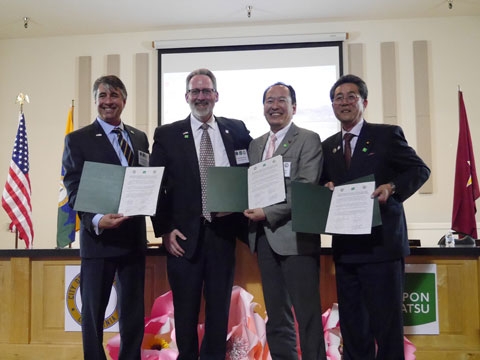 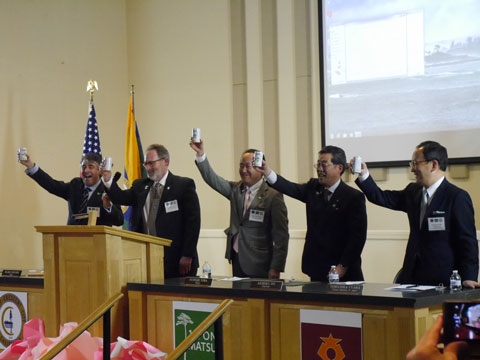 Mayor Inscore leading a toast with sake from Rikuzentakata 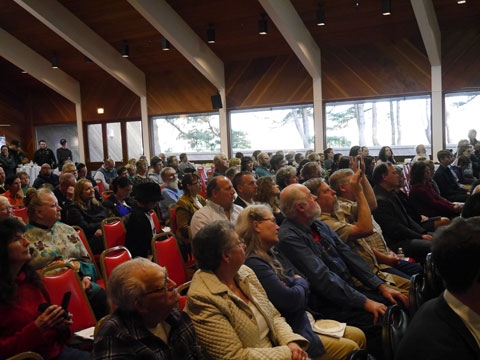 The initial connection between both cities was a result of the Great East Japan Earthquake and Tsunami in 2011. A small boat belonging to Takata High School in Rikuzentakata was swept out to sea and reached the shores of Crescent City two years later. Students of Del Norte High School cleaned the boat and sent it back to Takata High School. That was the start of a relationship between the two schools. They have engaged in a student exchange program supported by the TOMODACHI Initiative and became sister schools in 2017. The connection has developed so much that Crescent City/Del Norte County and Rikuzentakata have now formally established a sister city relationship. Rikuzentakata has made much effort in its recovery, including internationalization initiatives like building the “Rikuzentakata Global Campus.”

A video about recovery efforts in Rikuzentakata.