An Invitation to Kabuki: Lecture and Demonstration by Kyozo Nakamura The Agency For Cultural Affairs - Government of Japan, in cooperation with several Northern California Universities and Organizations, will hold a series of lectures and demonstrations on Kabuki by renowned Kabuki actor Kyozo Nakamura, the Agency’s Japan Cultural Envoy for 2019.

Nakamura, who specializes in Onnagata, the portrayal of female roles by male Kabuki actors, will give an introduction to Kabuki and the Onnagata role. He will also demonstrate dancing and form of Kabuki. The lectures will be held in Japanese with English interpretation and the content of each day will be the same.

We hope you will be able to attend one of these events, and learn about this traditional Japanese performance art.

About the Artist: KYOZO NAKAMURA 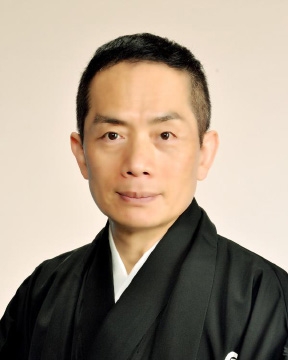 After graduating from university in 1972, Kyozo Nakamura joined the Japan Arts Council’s Kabuki Actor Training Center, established by the National Theatre, as a 6th term trainee.
After completing the entire program in 1982, he commenced a professional career as a member of the Nakamura Jakuemon IV family under an acting name Nakamura Kyozo, given by the master. In April 1994, he was promoted to nadai (billboard-ranked actor) at the Kabuki Theatre. While appearing in performances at the Kabuki Theatre and the National Theatre, he has been actively involved in Kabuki lectures and demonstrations organized by the Japan Foundation overseas, including in Europe, the U.S., Oceania, and Southeast Asia. In November 2015, he was certified as a member of the Organization for the Preservation of Kabuki. Currently, he teaches at the Kabuki Actor Training Center at the National Theatre.