2019/11/18
The Japan Information and Cultural Center (JICC) at the Consulate General of Japan in San Francisco is pleased to announce the fifth annual New Year’s Greeting Card (Nengajo) Contest!

The top designs from each division will receive a certificate of accomplishment from the Consulate General of Japan in San Francisco. The JICC will display Nengajo in its gallery space from January through February 2020.

We invite you in celebrating this New Year’s tradition with us! 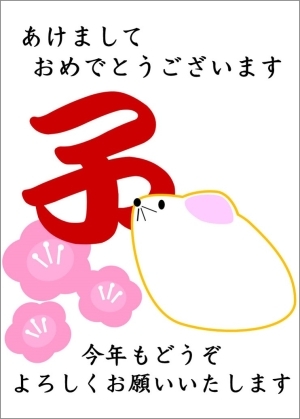 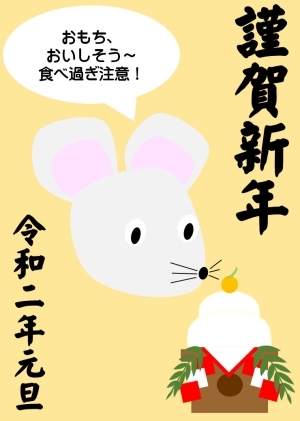 About Nengajo and Japanese New Year

Much like holiday cards and greetings exchanged in America, Nengajo are an important part of Oshogatsu. It is a way to express appreciation and keeping good relations for the year ahead with friends, family, neighbors, and coworkers who have shown kindness, or helped during the previous year.

Nengajo are sent during the last month of the year, wishing greetings, prosperity, and happiness in the New Year. Nengajo cards often feature the eto, or zodiac animal of the upcoming year. This upcoming year’s zodiac animal is nezumi, the rat. We invite you to celebrate this Oshogatsu tradition with us!